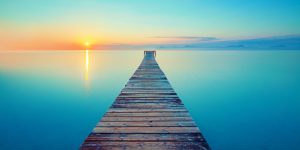 It is challenging living with depression, however one thing that does help is speaking out about it.

That wasn’t always the way.

Initially, after eventually seeking help to get through each day, I didn’t speak about what was really happening for me to anyone, instead I lived in my won little space not connecting with anyone and worked on growing my business.

When I say worked, each day it became more challenging to work as what I really wanted to do was curl up on the couch and sleep, and as you can imagine that is no way to build a business. I felt depleted of energy and just wanted to hide.

Over the years I have been quite happy with my own company and doing things on my own, this was different, I felt very alone and I was not happy. There seemed to be no way out and I imaged no one cared. As silly as that sounds now that is how I felt in the moment.

When friends did call and ask how I was as a general conversation starter, it took some time, however I made the decision that instead of saying I was good, great or fine, I would say I was not having a great day. Then there would be silence followed by advice that I am sure came from a heartfelt place. The advice mostly included getting off the couch, taking a walk in the sunshine, in the beautiful gardens close by, or along the Yarra River, again in the sunshine. Go out, have a coffee, a wander in the city or have lunch in the gardens.

The fact was, I could not get off the couch if my life depended on it.

Over and over in my mind I would go through the scenario of standing up and then imagining myself with the sun on my face walking in the sunshine. This was like a movie looking in my mind. I was urging myself to do it, just make the move. Often I would then realise the sun was about to set and it was too late to walk out of my apartment. So I would turn on the TV and snuggle back down on the couch convincing myself I would walk out tomorrow.

Most likely the next day was like Ground Hog Day, and another day on the couch.

My body and heart ached for things to change, and we all know that without taking some action, nothing is going to change.

I’m not sure what I expected others to do, but I knew I needed help to get through each day. I did seek professional help and that became a slow turning point. The first thing was recognising I did have a problem and I did need help and the second was the desire to change.

Fast forward 18 months and my life has changed for the better after the long road of making changes was much slower than I would have liked, but I was working to make changes at the pace I could work.

It took some time to realise that the people who were asking me how I was and then changing the subject, did not know what to do next when I said I was not doing so well. They were not trained, or did they have the knowledge to deal with the situation I was in. They were doing their best with the knowledge they had at the time.

One thing I learnt in this journey was to let go of people who did not add something very positive to my life; it was a tough call as often they had been friends for years. I learnt these people meant well, but continued to be negative. Maybe it was me who had changed, and that is ok. The thing I did know was that it was dragging me down by hanging on to relationships that no longer made me happy.

Changing my routine was challenging although once I realised the benefits of speaking face to face with someone, anyone each day, that became part of my daily routine. Often it was the barista at a nearby coffee shop who greeted me with a smile and a story that had me laughing when I walked in. Then gradually that need for connection grew and I found ways of seeking out connection and conversation more often.

A new routine began, and it was helpful. My challenge (to myself) was to meet someone new everyday and encourage them to share their story with me. Everyone has a story and some are really fascinating. Often it was as simple as speaking to the person at the next table and starting up a conversation. Be warned, if you are sitting next to me in a coffee shop, I may start up a conversation!

Another change I made was what I shared on Social Media. A huge part of my business has been sharing and marketing on social media and I was able to let go of the feeling of how I should be perceived and shared posts and photos of how life really was for me. The photos became more casual and less corporate looking. It was as though a weight had been lifted. Having said that, please understand initially everything I shared was true, however it was more that I wanted to be perceived as having everything together and perfect. That was the perfectionist in me! Now I have softened, I’m more open and am much more vulnerable knowing that my posts are going to connect with a different audience, and that is ok.

Something I have known for a long time is that what you put out there is what comes back to you. That is certainly proving to be true. (not that I ever doubted that!) The people who are now showing up in my life are wonderful. By trusting and allowing people in, my life has changed considerably. There are more opportunities to share my story, more laughter, more love.

The last 18 months have certainly been challenging, however I have learnt so much from what I’ve experienced and am happy to share my story so others may also know where you are now does not have to be where you will be forever.

Believe things will change and you can make changes to your life for the better, be willing to surrender and trust that the right people will come into your life whilst knowing that each day you can make some changes for the better. Yes, it may take time, but it will be worth it. Depression is not something that will change overnight and go away, in fact I am by no means back to my full mental health, but I am very grateful for the guidance and connections I had while working through one of the most challenging stages of my life.

My closing thought is to be willing to ask for help and to never give up. It may take time, but never give up in believing things can and will change for the better.

Then make a conscious effort to do more of what you love each and every day, even if it is a complete change to how you lived your life in the past. Be prepared to do what is right for you and not what others expect of you.