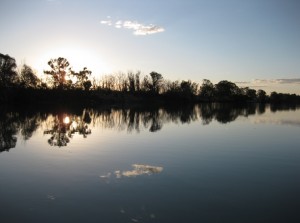 In 2009 I was made redundant by Westpac. It was one of THE best things that happened to me.

Of course there were times in the days and weeks after I was given the news that I was not so sure about it being the best thing … however there was a certain feeling of excitement and mystery about what the next stage of my life would hold for me.

One voice in my head told me I was on the corporate scrapheap. The drudgery of the day to day of the corporate world had been my life for many years. I had a lack of confidence and clarity, I did not feel valued and was starving of growth even though I managed one of the largest financial centers in Victoria.

I had been living in a world of false security as well as being zapped of my creativity.

Another voice was telling me I could do anything I liked with the freedom I now had. That was exciting and scary at the same time.

Westpac offered me some support that consisted of working with a career transition company to guide me into the next stage of whatever it was I was going to do. I went along to workshops and presentations that were structured to give information about finances and how to cope with no longer having a regular income and with having a large amount of money sitting in a bank account that had to last, or be invested to last.

Even though I went along to these meetings this was all a blur at the time as I was not ready to take it all in. All I wanted was some time out as the redundancy was a surprise to me and I felt I wanted to take in what had happened and plan the next part of my life on my terms rather than be in meetings from 9 – 5 every day of the week.

Life is what you make it. To quote Helen Mirren – “You write your life’s story by the decisions you make.” It was decision time for me.

I took six months to think about my life. In this time there was a certain amount of grief and disappointment, even though I had not felt valued, I was a Bank Manager and that did come with a status that people could relate to and relate to me as that person. Some of my closest friends no longer knew how to communicate with me, and they put a certain amount of pressure on me to go straight back into a similar role in one of the large financial institutions. That pressure in itself was challenging.

During the six months I realised qualifications were significantly lacking for me as I had moved up to my management position with experience and not by having any specific qualifications. I knew if I was to have a chance of getting back into the workforce I would need some qualifications so I set about getting many qualifications and thoroughly enjoyed the learning. Through this process I was given a position at Victoria University giving others qualifications through recognition of prior learning program they were running.

The work was rewarding and I met some wonderful people, some I still keep in touch with and others have become close friends.

At about the same time I applied for and started mentoring teenage students. It was some of the most rewarding work I had ever done. I was not paid for this work, however it was more rewarding than anything else I had done. I felt valued by the students and the people I was working with.

There was another turning point, for the better, in my life. I began to relax and take time to do some of the things I had put on the back burner for many years. 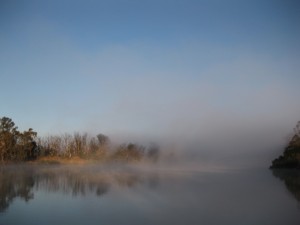 Taking photos became part of my daily life, and now I use my phone to take photos on my morning walks and share these on social media.

Meditation was also now in my daily routine. I learnt the power of meditation and of the positive effects it can have on our brain and on us. The more I relaxed into my new way of life the more happiness flooded in, the more I connected with like minded people and the more I enjoyed my life.

It was empowering to now be feeling more confident and to have more clarity about my future.

I continually took a helicopter view of my life, staring down and visualizing what exactly I wanted to do. I began my own business as a coach and mentor. This is something I would never have left my corporate life to do. I had thought of leaving often, however it seemed as though I would have had to take a huge leap of faith to let go of the income I had and while I was earning I was not prepared to back myself and let it go.

Everything started to fall into place as I furthered my study with a coaching course. Study was now part of my way of life, in fact it had become addictive.

My business is now into it’s seventh year and I am happy. I’ve continued to educate myself and build on what I know and share that with others. Most of all, I have a life that I enjoy. The freedom to work from anywhere I choose, as long as I have a laptop and phone, is life changing. Of course there has been a lot of work to get to this point, building a business is hard work with long hours, but it is all worth it.

Now I spend much more time outdoors, see more sunrises and sunsets and notice the small things that can give us so much pleasure. I value each and every day and live a life of gratitude and abundance.

I’ve learnt that I have resilience and persistence, two things that are imperative in building a business. I’ve built my confidence and now share my story with others so they can also have the life they choose.

Most importantly I’ve learnt that there is life after redundancy and it is possible to transform no matter how old we are, no matter what our past and no matter what we want in the future.

I’ve learnt to dream big dreams and to follow them with passion.

Please share your redundancy or life changing stories below …