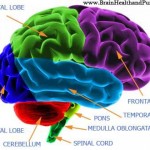 I can’t believe that the Open tennis in happening in Melbourne again, my how time flies!

I have been watching with great pleasure as the top seeds and the not so highly ranked players give their all. I’ve been taking notes  as the commentators give their running commentary and their thoughts about the players and the matches and the players voiced their thoughts in interviews. My notes are not about the physical side of tennis – and there is lot’s of that, but the mental side, the important stuff!

It all started out with the comments about Tomic – “he is absent mentally, not engaged’

And Tomic himself said  “I have the belief, I am ready, it is the right time now. I can do this”.

In another match it was said of Djokovic when he was down a set – “He needs to clear his mind and get back on the job. Focus and keep his mind on the ball”.

And when he did pick up – “He has the mindset, he IS going to WIN”.

In his interview after winning in straight sets over Tomic, Federer said, “Bernard must try believing and expect the unexpected. You learn more when you loose, stay positive after a loss, he must remember he has played some of his best tennis tonight”.

Tomic himself said –“I’ve learnt a bit. The loss will make me a better player”.

It was said of Williams –“she walks believing she can win, it’s a choice to think this way”.

I could go on and on, however I imagine you get the idea.Not only is tennis a physical game, there is so much of it that is about the mental preparation and belief.

This really is similar to speaking in public. Yes, put in the hours of practice, however if you have the belief, you believe that you can, learn from your mistakes, and listen to positive feedback, you are on your way to becoming what ever it is you can imagine.

Your body and mind work most efficiently when they have a distinct plan to work on. So, create a vision for your success and then visualise working toward and achieving that plan.  Focus on the detail and follow through with action steps. Visualise yourself achieving each step along the way until completion and let yourself feel the pleasure of your success.  Remember, high achievers regularly perceive themselves as attaining success with their mind’s eye.