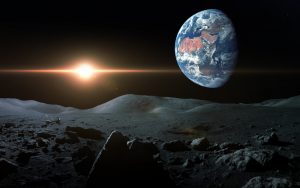 Recently I watched a documentary about America sending a manned mission to the moon and to have 2 astronauts be the first humans to walk on the moon.  It was on the 20th July 1969 that the moon landing actually took place.

I love all things to do with the Solar System and specifically the Moon, so I was riveted to my seat!!

On May 25, 1961, President Kennedy announced to the nation before a special joint session of Congress the dramatic and ambitious goal of sending an American safely to the Moon before the end of the decade. He spoke of the need to be dreamers, to be visionaries, and to be astute.  He also suggested that to plan the mission, “we must be bold”. There was already in place a plan to send a mission to orbit the earth and it would be that mission that would be changed to the lunar landing mission.

He also mentioned that there were many things that had to be developed before the mission could take place such as metal alloys. Also there were many unknowns about how things would work so there would be a lot of testing and changing

As I was watching this wonderful documentary unfold, with interviews with the astronauts and a lot of other footage that I had not previously seen, that I connected much of what Kennedy said and much of the content of the documentary to building a business.

Sending astronauts to the moon is like building a business.

No matter how small or large the goal if you have a very specific plan, when you are stuck or not sure what comes next, all you have to remember is to go back to, and action, the plan.

You start with the end in mind and reverse engineer from there to achieve the end goal. It may sound simple, but it is true. It is like a large project, such as sending man to the moon, being managed on a smaller scale if you are in business on your own.

It’s important to have passion, real passion, for what you are aiming to achieve and then follow the plan. Take time to set up a structured plan that is time bound and has dates and specific timeframes to be met along the way and then to take action.